You Are Here: Economics and Risks of Onshore and Offshore Wind Power Production

Economics and Risks of Onshore and Offshore Wind Power Production 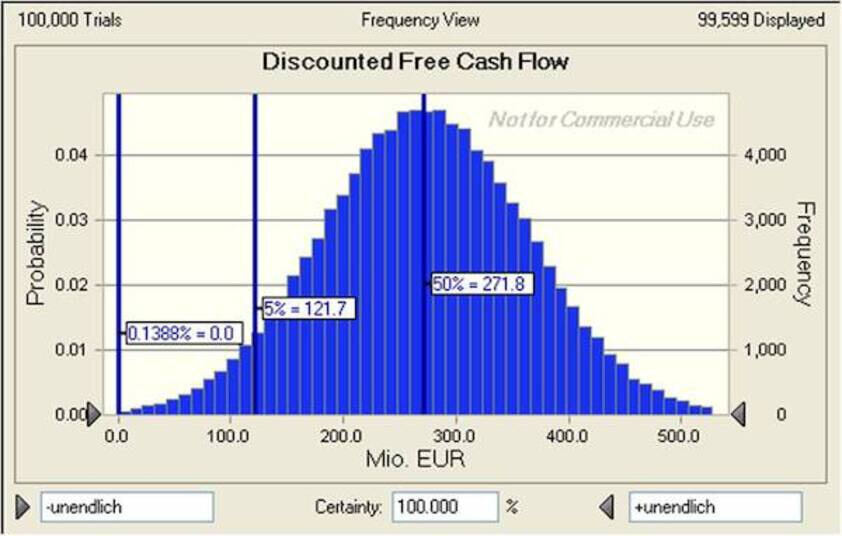 Several studies on the economics and risks of wind power production have been undertaken at FCN. These include a study on the risk management and controlling of a 400 MW offshore wind park in the North Sea, the developments and economics of onshore re-powering and offshore wind power generation in Germany, recent developments concerning the wind power market in Eastern Europe, as well as a (confidential) study on pipeline-based, gas-insulated power transmission from offshore wind parks. Some additional research has started, to be completed in the course of 2010.

In this research project we first survey the various terms and methods used in risk management and risk controlling. Further, we identify and discuss internal and external risks of offshore wind power plants (WPP) and demonstrate for a concrete example of a fictitious 400 MW offshore wind park in the North Sea the use of the discounted cash flow (DCF) method. The offshore risks involved are considered as part of the different components of the free cash flow, which form the basis for the DCF evaluation, by using a Monte Carlo simulation. The latter contains assumptions for the distribution of each cash flow component, which are based on a detailed consideration of the risk bearings. We use the cash flow at risk (CFaR), with the DCF as the risk-carrying target variable, as a quantitative risk measure for the simulated DCF evaluation. The CFaR enables us to draw a conclusion regarding the risk distribution of the DCF. According to the fictitious offshore wind park studied, the CFaR obtained provides evidence that the investment project investigated is indeed economically viable.

Re-powering onshore wind energy experienced a growing interest in the last years. Since the potential on the ground has already been widely considered and tapped, the question of renewing and resizing former turbines is being analyzed as an interesting option to supplement wind energy. Significant increases in onshore wind energy production from that can be gainedd by re-powering measures in Germany promise great opportunities for investment in the coming years. Hence its economic analysis is of great interest. Born from a clutch of interested manufacturers, offshore wind energy became a relevant source for future development of renewable energies in Europe. Besides social acceptance, technical and economic advances, in recent years favorable policies, such as feed-in tariffs or other kinds of subsidies were introduced, fostering the diffusion process.

In our study, we develop two economic models for both repowering and offshore wind plants and discuss whether or not these technologies are profitable within today’s political and market conditions.

3. DEVELOPEMENT OF THE WIND POWER MARKET IN EASTERN EUROPE

This ongoing diploma thesis shall display the future development of the European wind power market in eastern countries, e.g. Bulgaria and Poland. In the time of environmentalism and scarcity of fossil fuels the issue electricity from renewable energy gains even more significance. A development away from coal-fired power plants to electricity from renewable energy like wind power is already noticeable.

In the name of the Danish enterprise Global Wind Power A/S the reasons for the establishment of a new market and the steps to be taken prior to that are investigated on the example of Bulgaria. This diploma thesis also takes specific interst of stakeholders (like politicians, consumers) and boundary conditions (like spatial limitation, building law regulations) that affect the creation of a new market explicitly into account.

In the context of this investigation market participants like developers of wind power projects and consumers shall be polled and the pros and cons of wind power plants in comparison to other power sources are to be discussed.

In this study we investigate the economic feasibility, risks and financing opportunities for large-scale power transmission of offshore wind power from the North Sea by means of a Power Transmission Pipeline (PTP), embedded in an undersea tunnel, and an offshore substation required as an interface between the incoming sea cable and the PTP. In a detailed sensitivity analysis, we evaluate the impact of parameter variations and the robustness of the results obtained.