You Are Here: Economics of Low CO2 Coal-Fired Power Generation 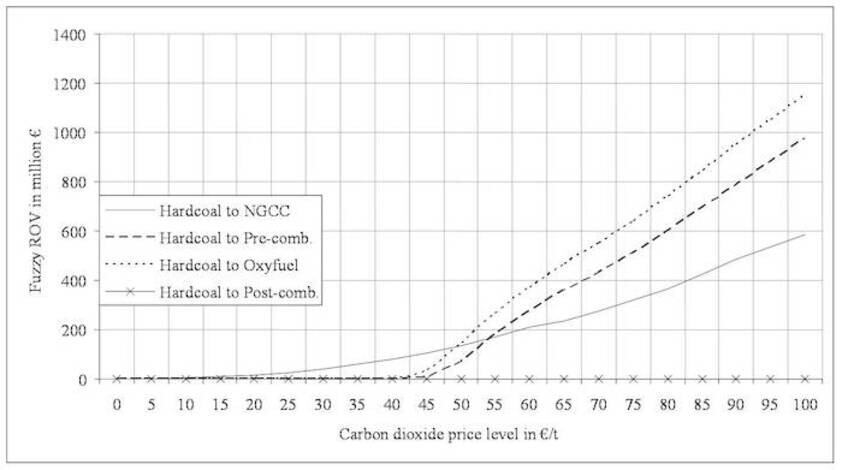 In this doctoral research project of Richard Lohwasser we use the new and advanced long-term electricity market model “Hector” to simulate the electricity market bottom-up through variable cost-based bidding of individual power plants on auction-based national markets with international interconnection capacities. Unlike most other approaches, we implement the objective function on an hourly level. The model covers 400 groups of power plants in 19 European countries. In a projection until 2040 we find that conventional fossil fuel-fired power plants are replaced both by renewable energy technologies as well as large quantities of CCS (which nearly exhaust available CO2 storage capacities in some of the regions studied).

We further analyze how the economic development of CCS for coal-fired power plants affects electricity generation costs and hence market diffusion in Europe. Expectations on the economics of commercial-grade CCS hard-coal power plants vary widely in the literature. The Base Case is for a CO2 price of 43 €/t, with sensitivity analysis for 30 €/t and 20 €/t, respectively. Our simulation results show that investment costs strongly impact market penetration of coal-fired CCS power plants, leading to a share in European power generation capacity of 16% by 2025 for the lowest investment costs considered (1400 €/kW) and 2% for the highest (3000 €/kW).

Furthermore, we study the impact of two stimulation policies (capital grants, feed-in tariffs) and learning effects on the deployment of post-combustion CCS demo plants. The policy instruments are evaluated in terms of their effectiveness, defined as the ratio between the CCS demo plant capacity and the discounted total policy costs. Preliminary results show a very slow deployment of CCS in the absence of promotion policies: in the CO2-38 Scenario (average CO2 price of 38€/t between 2015-2020) only 5.7 GW of CCS demo capacity is built by 2020 (mainly in the UK, the Netherlands, Greece and Slovakia), whereas in the CO2-25 Scenario no CCS demo capacity would come online. In the high CO2 price scenario a similar effectiveness of both policy options arises. This is mainly due to the relatively low variable costs of CCS demo plants and the resulting position in the merit order at this CO2 price, enabling high utilization rates and a steady and predictable inflow of subsidies. Overall, we find that additional subsidies are needed for achieving economic viability of CCS power plants by 2020, and that capital grants are the most cost effective method to achieve the politically envisaged CCS demo plant capacity of 21-23 GW in 2020. The overall budget required to achieve this goal is between ~€4 bn (CO2-38 Scenario) and ~€14 bn (CO2-25 Scenario). Assuming that learning effects will spill over across the EU, despite the still highly fragmented development of R&D projects in Europe, we find that pooling of European CCS RD&D with that in other global regions considerably reduces the required CCS demo capacity and subsidy requirements.

In this study we investigate the relative advantage of investing in a natural gas combined-cycle (NGCC) power plant versus a coal-fired power plant with and without CCS. For the investment analysis under uncertainty we apply fuzzy real options theory. Three different price scenarios for fuel input and CO2 emission permits are considered. Given the assumptions made, we find evidence that NGCC and (less so) conventional hard coal-fired power plants are most cost-effective, followed by the coal plants with the CCS technologies `Oxyfuel‘ and `Pre-combustion‘ (Figure 1). Due to high specific investment costs and significant losses in conversion efficiency, the third CCS option `Post-combustion‘ remains non-economical. The sensitivity analysis reveals that at moderate cost reductions, `Pre-combustion‘ and `Oxyfuel‘ become economically viable and, at sufficiently low CO2 permit prices or interest rates, even the preferred options.

Biomass co-firing in coal power plants (typically between 5-20%) is an interesting option to mitigate CO2 emissions, since the additional costs are relatively minor and a secondary benefit is provided by increased fuel flexibility. Globally, about 150 co-firing plants are in operation. In Germany, the potential for biomass co-firing in coal plants is about 28 TWhel per year, assuming a 10% replacement of coal by biomass. We study the economic potential of biomass co-firing in new hard coal power plants in Germany, with a particular focus on those owned by the E.ON AG. To this end, we determine suitable biomass inputs fuels, investment and operating costs, and profitability of co-firing investments. In a sensitivity analysis we check for the robustness of the results; uncertainty is explicitly taken into account by Monte Carlo simulation. We find that both regional and international biomass supplies are relevant, and that the cost effectiveness of co-firing is strongly affected by the prices of biomass, coal and CO2 permits. Power generation costs attributable to biomass co-firing of a plant put into operation in 2020 are between 70-75 €/MWhel, while the average cost of biomass input fuels are on average around 4.1 €/GJ.